A Random Email from "Lyle":

Yeah, Noel, I think that first scene from BLAZING SADDLES is my favorite, too. The look on Lyle's face is pure dumb... and founded, of course. I did not know until that movie that Burton Gilliam had it in him to do such outrageously funny stuff. It was the second time that Burton had ever been on stage, in front of the cameras, taking direction from a famous writer/producer/actor/director. And, because his character in BS was so well received, it led to 45 films, almost 200 television shows and over 200 commercials. He has had a real acting career now for almost 36 years. And he's still going strong. Burton Gilliam has been blessed! He left Hollywood after 23 years and returned home to the Dallas, Texas area... and he loves every minute of it. You'd probably be surprised at the number of Blazing Saddles parties he is contracted to do every year. He does all the sangin', and dancin' and actin' just like he did out on the desert, on the back lot of Warner Bros. and on the stages of Warners. He met a lot of nice folks who were very helpful... actors, writers, producers, casting directors, etc. If it were not for all those helpful people who saw real talent in him, he would probably be a retired fireman now.

Noel, I KNOW all this about Burton Gilliam and I know all this about me. WHY do I have all this information? Well... I guess it's because the two of us are really...... one in the same.

Kindest regards for choosing that first scene in BS as your favorite of all-time.

From: "Emmanuel Rustia" To: "B or S Gilliam" Sent: Friday, February 03, 2006 2:25 PM Subject: Re: Blazing Saddles > Hi Mr. Gilliam, > > Thanks for visiting my website. > > I really do enjoy that scene from "Blazing Saddles." > I watch it over and over and can never stop laughing. > Your reaction is just classic. > > I love "Blazing Saddles" because it pushes the > boundaries of comedy. Mel Brooks wasn't hesitant to > push racial stereotypes that we're all embarrassed to > laugh at but are in fact funny. It must have been > great working on a film that seemed a little > inappropriate for the time. > > How did you get cast in the film? How was your > audition like? I think I've seen you in a couple of > other films but "Blazzing Saddles" is the one that > stands out for me. > > Hope you're doing well in Texas. > > Noel > > p.s. - By the way, what are you up to now?

Hi Noel, What a GREAT picture to be a part of. And I didn't have to audition for it. I even turned Mel down a couple of times. Completely changed my life. I've done 45 pictures, almost 200 TV shows and over 200 commercials... and still going. Thank you, Mel Brooks! Go to GOOGLE... type in BURTON GILLIAM More stuff will pop up than you would ever want to know about me... interviews, projests, trivia, etc. Good to hear from you. Keep smilin'! Burton 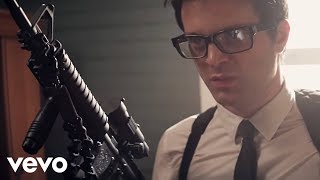 Favorite Song of the Moment

It Never Entered My Mind

A Portrait of the Artist as a Young Man

Everybody Needs A Best Friend